A FREE short story every week leading to OBLIQUE...

Time for an update! I have some good news and bad news. The bad news is that for those of you who wanted a print copy of my upcoming book Oblique, it’s not gonna happen. After giving it much thought, considering the current publishing landscape and the ever dwindling sales of print books, there’s just not enough reward versus investment to warrant a physical copy of a fiction book in this day and age for me at this stage of my career. So the book will be available in .mobi (Kindle), epub (Kobo) and PDF formats so it should cover most of the digital media out there.

Now for the good news. Leading up to the release day of Oblique in late September, every Thursday I’ll be putting up a FREE short story of mine for download to whet your appetite. There will be eight of them in total, all taken from my two collections, The Bitternest Chronicles and Spooky Showcase. If you own those books then you already have them all. They will be unedited, meaning the original version that appeared in those books (not gonna pull a George Lucas on you and start rewriting them). Following that, I’ll be making available my five novellas also at the tune of one a week and they’ll be for sale on Amazon on Kindle, or in PDF directly through me for the modest sum of a dollar each. How cool is that!

So for the first week, I chose Breaking and Entering, which was originally published in NexGen Pulp Magazine way back in 2008, and reprinted in 2010 in The Bitternest Chronicles. It was also adapted as a short film directed by Jonathan Dubsky and written by yours truly. It’s the story of a man who enters people’s homes just for kicks, never stealing anything, just to see what goes on behind close doors. One day he’ll stumble upon something that will change his life forever… You can download the PDF or read the 13 page short story online at this link. 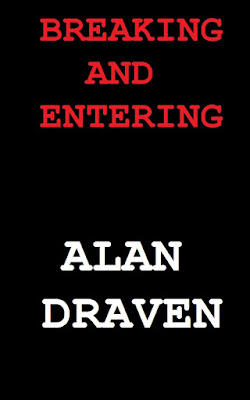