Everything Was Better in the ‘80s

I miss the ‘80s. That decade took place while I was aged between 5 and 15 years old. A strong argument could be made that it was the best decade ever for pop culture. Sure, most people I guess look back on their childhood/early teens and have fond memories and sometimes Father Time taints those memories with nostalgia and gives them an even sweeter taste than they originally had. One thing is for sure: The 1980s was a special decade. Just look at what’s going on in the film/TV/music industry right now. Everything seems to be a throwback to that beloved decade. From new TV shows with a retro vibe like “Stranger Things” to the current talks of a “Magnum P.I.” reboot, to the Synthwave music movement that is here to stay (inspired by Tangerine Dream, Vangelis, Giorgio Moroder and John Carpenter’s music), to all the movie sequels based on ‘80s properties like “Blade Runner 2049” and the new “Star Wars” films. The ’80s are back in a major way. But there’s nothing like the real thing, the genuine article. I’m talking about going back to the source and enjoying what was really made in the ‘80s.

It was the best time in any era to be a kid when it came to cartoons. Us boys had He-Man, G.I. Joe, Transformers, Thundercats, Teenage Mutant Ninja Turtles while the girls had Jem, She-Ra, Strawberry Shortcake, My Little Pony and dozens more. TV shows were colorful, light, and so much fun; this was the decade of Miami Vice, The A-Team, The Dukes of Hazzard, Magnum P.I., MacGyver, Dallas, Dynasty, Cheers, Night Court, Family Ties, Full House, Married With Children, Growing Pains and a slew of others that would go on to become all-time classics. 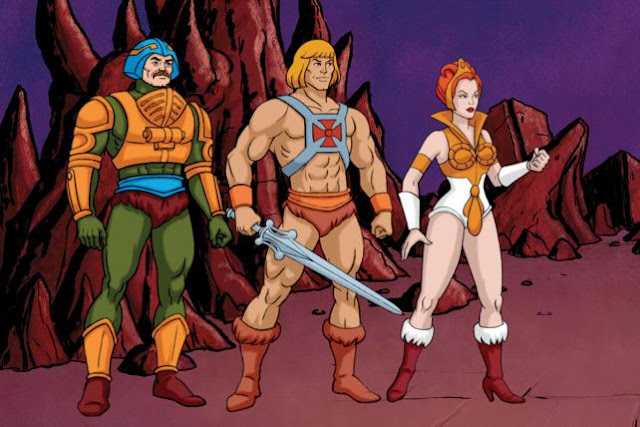 It was also the decade that put video games on the map, first with Atari 2600 and ColecoVision with their classic straightforward games like Asteroid, Centipede, Space Invaders, Pac-Man, Donkey Kong moving forward to the birth of Nintendo and Sega with Super Mario Bros., Metroid, Mega Man, Contra, Double Dragon, Castlevania, Altered Beast, After Burner, Tetris, and Out Run to name only a few. As an avid comic book collector, it was the best of times, smack in the middle of the Bronze Age of comics, enjoying all kinds of crossover comics and big event limited series like Secret Wars, Crisis, the birth of The Punisher, Chris Claremont’s legendary run on the X-Men and mutants revolutionizing the comic book industry, DC heroes being given a very first reboot, including John Byrne’s revival of The Man of Steel, and many independent comic book publishers saw the light of day during that era. 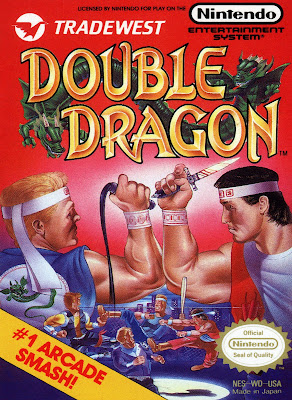 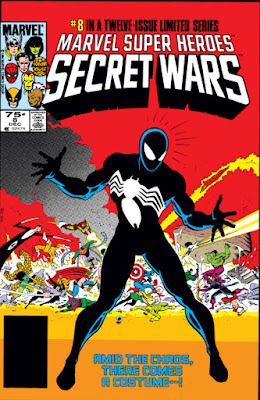 Some of the fondest memories of my life stem from watching baseball; our beloved Montreal Expos had the best team in all of baseball from 1981-1983 and if it hadn’t been for a cruel twist of fate, they would’ve won the World Series. My hometown of Montreal, which no longer has a Major League Baseball team since 2004, had one hell of a run in the ‘80s up until 1994. Not to mention all the various baseball cards that came with a stick of gum and the sticker albums; it seems baseball card collecting was one of the biggest trends growing up in the ‘80s and would go on to reach new heights in the ‘90s when collecting cards in general became a hot topic. 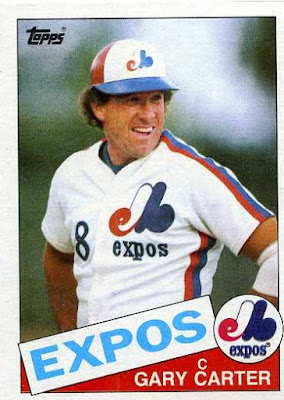 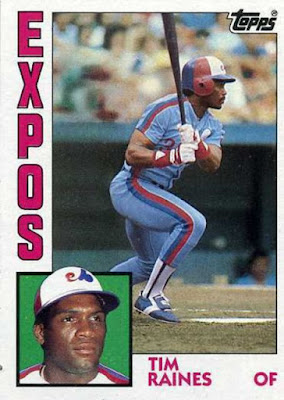 As a young boy discovering the wonders of music and the video clips of MTV (MuchMusic here in Canada), it was pure magic to witness Pop/Rock artists like Madonna, Michael Jackson, Bruce Springsteen, Tina Turner, and Phil Collins come into their own. Rap music was taking flight with the Beastie Boys, Ice-T, Public Enemy, and Run DMC. New Wave took the world by storm with Duran Duran, Depeche Mode, New Order, Tears for Fears, A-Ha, Soft Cell, Simple Minds and a plethora of others. Hair metal/bubblegum rock was at its best. The lyrics might not have meant much but they made up for it in style and pizzaz; bands like Def Leppard, Motley Crue, Poison, Skid Row, Bon Jovi, Ratt, Whitesnake, Cinderella, Twisted Sister, and Quiet Riot were the soundtrack of my youth. The arrival of more heavier-sounding bands like Metallica, Megadeth, and Slayer were a taste of things to come and are still around today. It was also the era of teen bop and boy bands: Tiffany, Debbie Gibson, New Kids on the Block, and New Edition. Find me a girl who grew up in the ‘80s who didn’t have a poster of the New Kids on the walls of her bedroom!

What left the biggest mark on me though were the movies. No other decade is responsible for more of my favorite movies. Where do I start? The Star Wars phenomenon really took off like a rocket in the ‘80s with the release of “The Empire Strikes Back” and “Return of the Jedi” accompanied by more toys and licensed merchandise than anyone could buy in a lifetime. Same goes for the Superman craze of the ‘80s, to a lesser extent. There were all kinds of amazing fantasy and sci-fi films like “Blade Runner”, “E.T.: The Extra-Terrestrial”, “The Thing”, “The Dark Crystal”, “The Neverending Story”, “The Last Starfighter”, “Tron”, “Labyrinth” and two tons more. Some of the funniest comedies ever came from that decade as well, from the teen comedies of John Hughes with “The Breakfast Club”, “Ferris Bueller’s Day Off”, “Pretty in Pink”, and “Planes, Trains and Automobiles” to what I like to call the Eddie Murphy Factory (back when he was in his prime, he was killing it!) with “48 Hours”, “Trading Places”, “Beverly Hills Cop”, “The Golden Child”, and “Coming to America” along with two filmed shows of the best stand-up comedy gigs of all-time with “Delirious” and “Raw.” Fun genre-bending movies like “The Goonies”, “The Ghostbusters”, “Weird Science”, “Howard the Duck”, “Gremlins”, “The Back to the Future Trilogy” to more adult-oriented/frat gems like “Stripes”, “Caddyshack”, “Porky’s”, “Police Academy”, “Heathers”, and the “National Lampoon” movies. The ‘80s was the Golden Age of horror films with the slasher craze in full swing helmed by “Halloween II”, “Friday the 13th”, “A Nightmare on Elm Street”, “Child’s Play” and a bunch of knock-offs (many of which went on to become cult classics in their own right). It also spawned horror classics like “Re-Animator”, “Hellraiser”, “Fright Night”, “The Fly”, “The Lost Boys”, and “Poltergeist” to barely scratch the surface. You had a lot of music-driven movies like “Fame”, “Purple Rain”, “Flashdance”, “Footloose”, and “Dirty Dancing.” More than any other actor, Tom Cruise pretty much had a small industry to himself with the string of hits he had in the ‘80s: “Risky Business”, “Top Gun”, the lesser-known Ridley Scott fantasy classic “Legend”, “Cocktail”, “The Color of Money”, “Rain Man”, and “Born on the Fourth of July” all contributed to solidify his superstar status. Other films in various genres come to mind that are staples of the ‘80s for which you’d have a hard time finding someone who isn’t aware of them like “Scarface”, “Platoon”, “Wall Street”, “Fatal Attraction”, “Robocop”, and “Die Hard.” 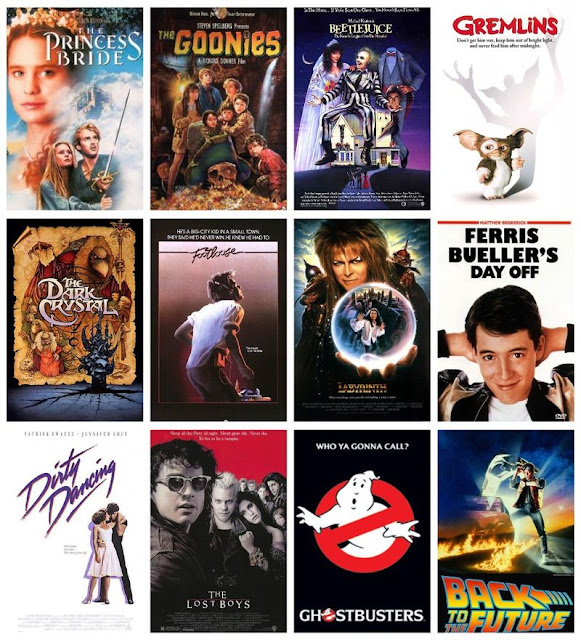 Perhaps most of all when it comes to movies, the ‘80s will be remembered for the onslaught of action movies and the dawn of the age of VHS. Straight-to-video movies were all the rage and The Cannon Group became a giant purveyor of ninja/martial arts and B-movie flicks. Sylvester Stallone, Arnold Schwarzenegger, and Chuck Norris became legends in the ‘80s. Arnie went from “Conan the Barbarian” to “The Terminator”, blowing up the bad guys as Alyssa Milano’s dad in “Commando” to fighting a space hunter in “Predator” to dabbling in comedies like “Twins.” Sly continued his successful “Rocky” series, defeating Mr. T and Ivan Drago, and then he became the iconic “Rambo”, Marion Cobretti in “Cobra”, went to jail in “Lock-Up”, and also dabbled in comedy with Dolly Parton in “Rhinestone.” Chuck Norris, the unkillable, God-like hero whose celebrity status is legendary nowadays thanks to thousands of funny memes floating around the Internet started out the decade with the great ninja flick “The Octagon”, rescued Vietnam POWs in “Missing in Action”, got his Texas Ranger freak on in “Lone Wolf McQuade”, fought a Michael Myers-type evil in the under-rated horror film “Silent Rage”, saved America from a Russian invasion in “Invasion U.S.A.” and rid the world of terrorists in “Delta Force.” The ‘80s also saw a revival of the Bruce Lee craze from the ‘70s, introduced North American audiences to Jackie Chan, saw the birth of Jean-Claude Van Damme, Steven Seagal, and Jeff Speakman, went through the ninja craze with Michael Dudikoff’s “American Ninja” movies and Sho Kosugi’s string of classic ninja flicks “Enter the Ninja”, “Revenge of the Ninja”, “Ninja III: The Domination”, “Pray for Death” and half a dozen more.

It was the decade of BMX bikes, where skateboarding peaked in popularity, everyone had a Rubik’s Cube, owned a Speak & Spell, played Pogo Ball, knew someone who had a Teddy Ruxpin, rolled their eyes at the Cabbage Patch Kids, were disgusted with the Garbage Pail Kids, had fluorescent shoe laces on their sneakers, wore the most colorful clothes and hairdos you’ve ever seen, we’d all rather forget the Mullett, the Reebok Pump shoes were selling like hotcakes, you couldn’t go out without crossing paths with someone listening to music on one of those yellow Sony Walkman, Jordache jeans were giving Levi’s a run for their money, arcades were always packed, Nintendo introduced Game Boy and changed the face of hand-held gaming, we all clicked away on our Polaroid cameras, the infant age of home computers had just begun, and last but not least, cassette and VHS tapes were responsible for millions of hours of memorable music and movies. 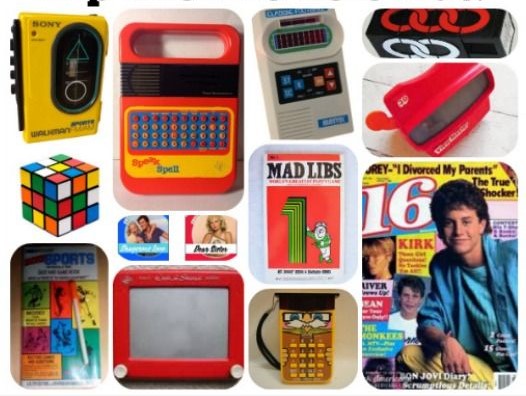 I’m sure I forgot a lot of stuff. These were some of my favorite memories/things from the ‘80s. Hardly a week goes by where I don’t miss that magical decade as I’m constantly reminded of it by the music I listen to, the movies I watch, the memories that are forever etched in my mind. I’ll always look back on it with a child’s eyes and heart, maybe with a little too much nostalgia, but it’s all good and it doesn’t hurt anyone. Whenever life gets too much to handle, I think back to that enchanted childhood I had and it helps make things a little easier. I’m very grateful to have been an ‘80s kid. I wouldn’t trade it for all the money in the world. What about you? Are you a child of the '80s? What do you remember/miss the most?
Posted by Alan Draven / Neal Vandar at 9:04 AM